Year 2010 was a very hectic year for our office. We had been busy with few big projects and proposals. My bos had promised to bring us for company trip outside of Malaysia if we got one of the project and luckily we did… ;)… Our initial plan is to go to Beijing by the end of 2010, however due to difficulties to get confirmation from the management, it had been delayed and postponed. Me and my officemate had decided to proceed with our first office trip on June 2011 to Bali. It is difficult to arrange ourselves for 30pax trip, so we decided to get a travel agent to organize our first company trip with budget of rm1500 per pax fully sponsored by the company.. We fly by Airasia, stayed at nice Kuta Station Hotel, travelled by minibus to the sight-seeing and ate at the designated restaurant.. 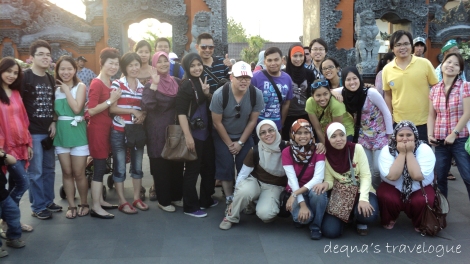 Although our flight depart at 10.55am, we gather at LCCT earlier at 8am to avoid difficulties as we were in a big group. We had our breakfast at McD while waiting for boarding. The flight depart as scheduled and we arrived at Bali Ngurah Rai Airport at 2pm. Out of the departure hall, we were welcomed with necklace of flower by the tour agent and straight to the bus that waiting for us at the airport parking. We went for lunch at a nasi padang restaurant nearby the airport before proceeding to Ubud. The journey to Ubud was longer than expected due to heavy traffic along the Jalan raya Denpasar. We reached Ubud Market at 5pm and spent 1 hour there for shopping. On the way back, we stopped at a nice padang restaurant called Restaurant Natrabu for dinner. Its already 9pm when we reached the hotel, Kuta Station. After check-in and refreshing, I and the girls went out for a walk towards Kuta Square and Hard Rock. We have some drinks at the Coffee Bean and at 12, we return to the hotel for rest. 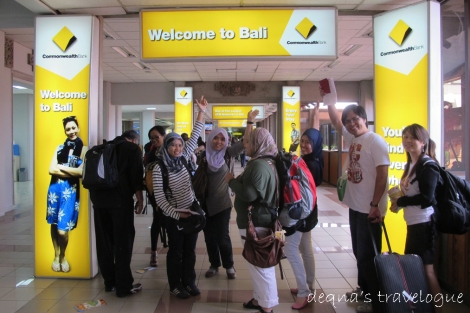 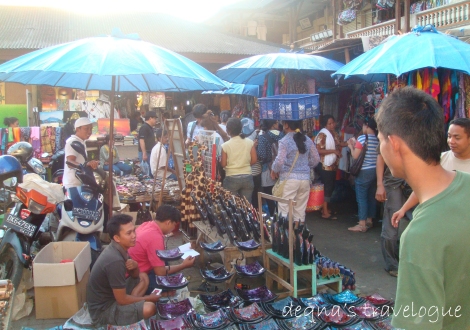 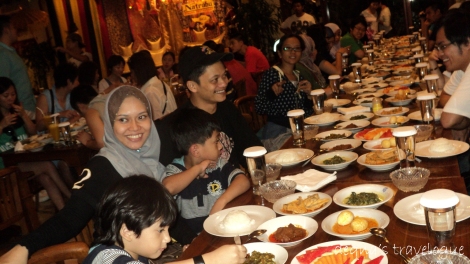 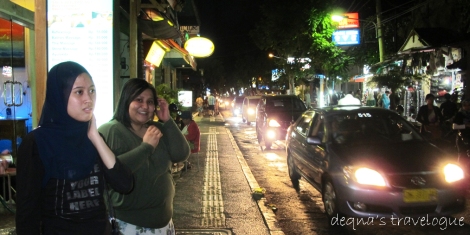 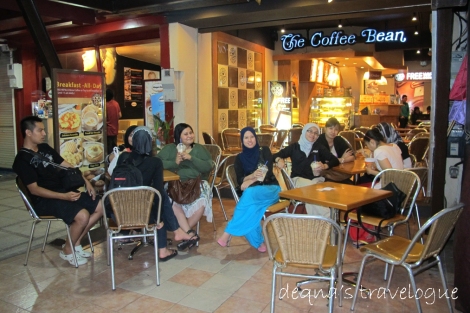 We had early breakfast at the hotel as we will travelling for sight-seeing towards the north of Bali today. We stopped at a souveniour shop for a quick shopping before proceeding to the first destination, Ulun Danu temple at Lake Bratan. Again, the journey was longer than expected due to heavy traffic with lots of buses. Our tour guide told us it is school holiday in Indonesia and a lot of people outside of Bali come here for holiday. We stopped of lunch at a nice restaurant called Restaurant Pacung facing the scenery of paddy terraces. We reached Ulun Danu at 2pm. After spending 1 and half hour at Ulun Danu, we proceed our journey to Tanah Lot Temple. Its already 5pm when we reached Tanah Lot. We went for a quick shopping at the street market, and by 6pm, we went to the Temple area by the sea to watch the magnificient sunset view. After that, we continue for shopping until 8pm. We have our dinner at Madania Restaurant. We also went for souveniour shopping at a souveniour shop just beside the restaurant. At 11pm, the bus bring us back to the hotel. After refreshing, we went for a walk nearby the hotel area until 1am. 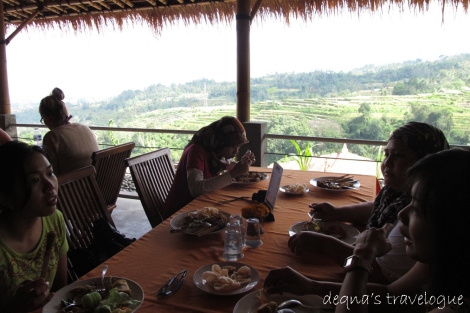 lunch with a magnificient paddy terrace 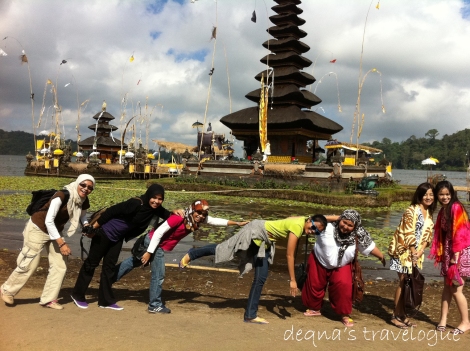 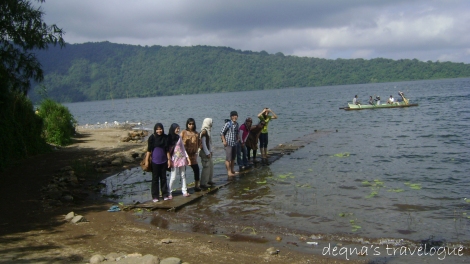 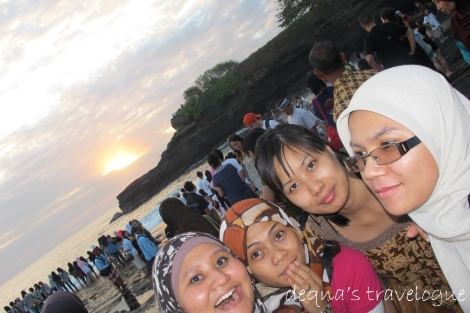 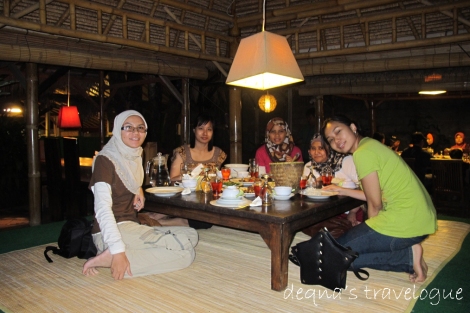 After breakfast, we went to Tanjung Benoa area for some water activity. I was a bit dissappointed to find out that the water activity prices here was very costly compared to the places that I’ve been before. I’ve cancelled my initial plan to dive due to expensive price. Only some of us ended take a boat package to the Turtle Island, while the others just hanging around the beach area or walk at the surrounding hotels until noon. The turtle Island tour was just so-so.. Water was very dirty and lots of rubbish. At the island, there is only few turtles and other animals for photography session. The Tanjung Benoa area was really over-crowded and over-rated. At 12, we return to Denpasar area for lunch. After lunch, we stopped for shopping time at the Krishna souvenior shop. At 3.30, we proceed to Uluwatu temple. Not all of my officemate like to visit this temple due to lots of monkeys here. An hour later, we went to the Garuda Wisnu Kencana (GWK) Cultural Park.  The park was quite huge, however only a portion of the area was completed. By 6.30pm, we went to Jimbaran Beach for seafood dinner by the beach. Its already 9pm when we reach the hotel. After refreshing, I went out to Kuta Square with Aini as i wanted to buy quicksilver or billabong rashguard for my diving. I was a bit dissapointed because i couldn’t find any nice long sleeve rashguard, but I ended buying a cute pink rashguard from the Girls’ Surfer Shop. Its already 1am when we went back to the hotel. After refreshing, I pack my things and went for bed only by 3am. 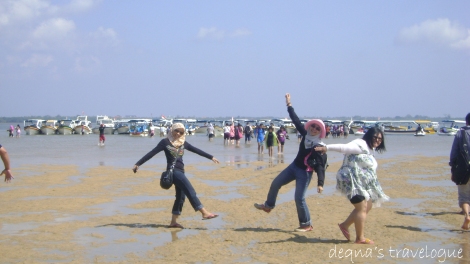 the not so interesting turtle island 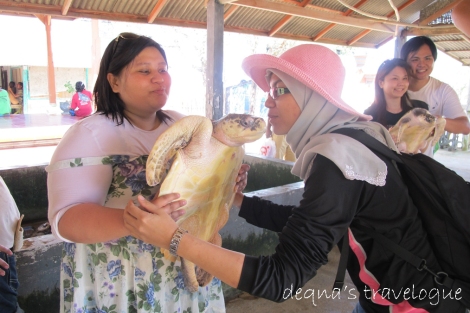 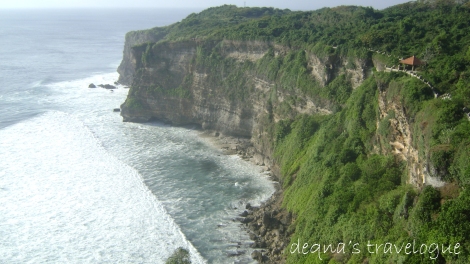 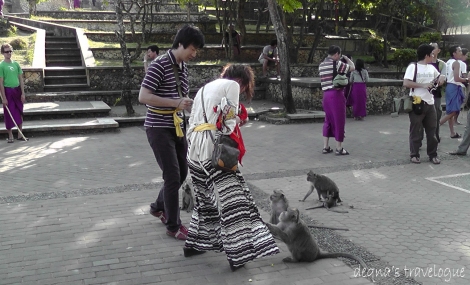 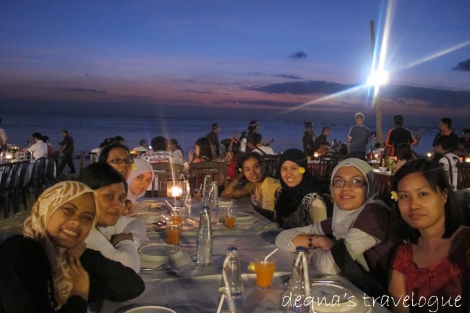 We woke up a bit late today as it is our last day in Bali. After finished packing our things, we went for breakfast. We hang around the coffee house until 9.30am, waiting for the shops to open. I went to the mall nearby for window shopping and went back to the hotel at 11am to check-out. The bus arrived at 11.30am to send us to the airport. At 2pm, we board the flight back home.. 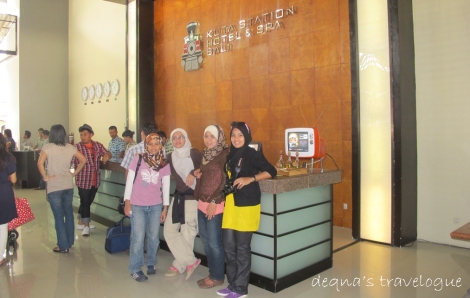 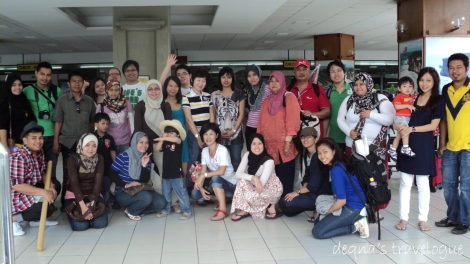