Travel around the world in one day. Windows of the world Shenzhen is a replica park  where you can see miniatures of the world’s wonders, historical heritages and famous scenic sites. The entire masterpiece is built at ratios of 1:1, 1:5 or 1:15. The whole area is huge, 480,000 square meters and located right next to two theme parks, Splendid China and China Folk Culture Village.

We took half day to walk around the park. This place is suitable for whole family, from young kid to old folk, however some might find it a bit boring, especially for those who had seen the real things. Some of the replicas looked good and real, while some of them were not. Sign of lack of maintenance was obvious in some of the area of the park as well. Overall, the theme park made us felt like we were in a small world, with all the building, structures and sceneries around us were small. All famous natural wonders and monuments was group by continents..5 respectively, Asia, Europe, Africa, America and Oceania. And there is also other zones such as Sculpture Park, International Street, Recreational Center and the World square. At least prepare yourself for a long long walk. Remember to bring your own water, you will need it.

From the entrance,  entered The Area of Asia. We found miniature Borobudur of Yogyakarta,  the Angkor Wat of Cambodia and Mahamuni Pagoda of Yangoon as well. Anyway, they are much more less significant than the real structures. The gardens of Japan was quite big, with nice Japanese zen garden and some Japanese sculpture. Love to see the koi inside the pond, lots of people feeding the fish inside the pond. Both my parents were excited to see the Taj Mahal of India, but its nothing compared seeing the real thing during my last visit to India last year.  There is also miniature of the Grand Palace of Bangkok, TungMun Gate of Korea, GyeongBokgung Palace of Seoul, the Imperial Palace of Japan. I’ve read from the net that there is also a 4D theater here, but unfortunately, we missed it. 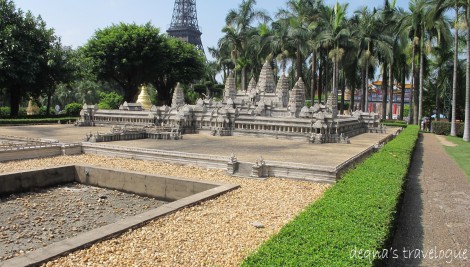 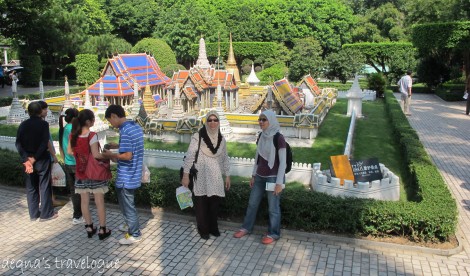 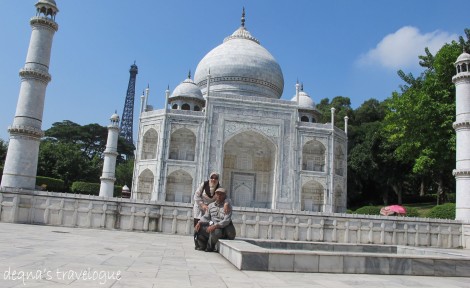 Here, you can find the miniature of European architectural splendors, such as Acropolis of Athens, Leaning Tower of Pisa in Italy, the Tower of London, the cruel and bloody scene of miniature Roman Colosseum, the canals of Venice, Paris  L’Arc de Triomphe, Alcazar Castle in Spain, Mont St Michael of France, Notre Dame cathedral and the fountains of the Jardin du Luxembourg. The replica of Eiffel Tower is quite big, you even hike the tower to view part of Shenzhen city from top. And how about seeing the Little Mermaid Statue in Copenhagen, looking at the St. Mark’s Square in Venice? This scene is solely available at The Area of Europe in this theme park. They also have the replica of The Spanish Steps in Spain. My mom love to see the flower garden and The Windmills of Holland.  Oh, I wish I could have a backpacking trip to Europe some day.. Hopefully my dream came true.. 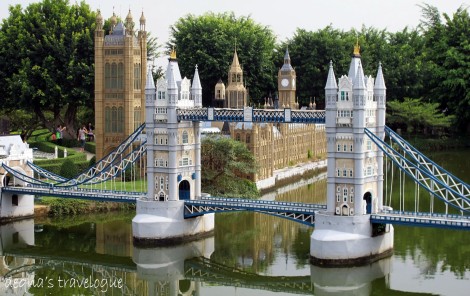 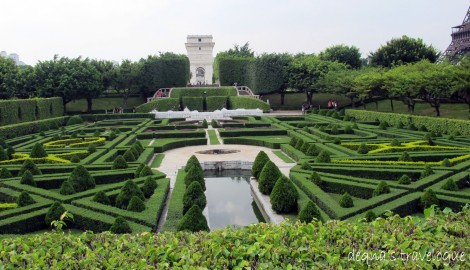 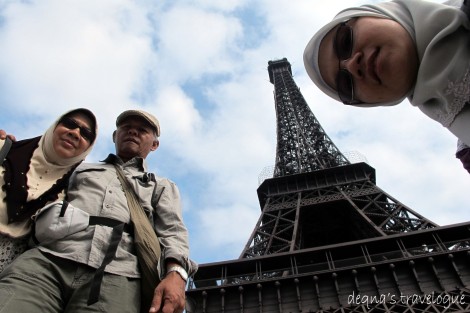 Although I haven’t been to Egypt, but I could see that the Pyramids and the Sphinx of Egypt seems really unreal. Maybe because of the bright yellow sand and stones that they use for this monument. For a fee, visitors also can ride and took picture with the camel in front of the Pyramid. The Great Temple of Abu Simbel in Egypt was carved in 1:3 scale here, and was one of favorite picture spot and The Amon Temple of Karnak was also quite nice.

The replica of Sydney Harbour Bridge and Sydney Opera House of Australia was quite amazing. There is also some statue of Easter Island in Chile was made in 1:2 scale.

Niagara Falls and Grand Canyon of America was quite big. The replicas of White House of Washington City, and some significant US Government building was quite worn out. But most unrealistic and un-impressive is the replica of Manhattan City and the New York City with towering skyscrapers. 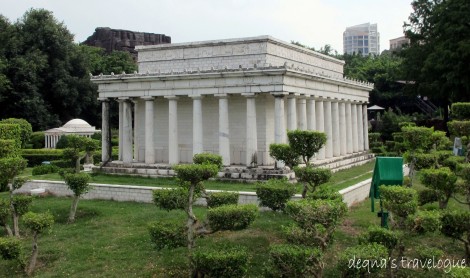 Basic Info of the Park

How to go there

Luobao MTR line, which brought us straight to the entrance of Window of the World. The pyramid structure resembles Louvre Museum in Paris is the access point to the MTR station.