It was unreal for me to spend money to watch a show. Reading many reviews in the internet recommending tourist to watch this show made me spend additional money during my trip to Yangshuo, and it worth it. And despite being “touristy”., it is fun to watch. It is one of the few shows I’ve seen where I don’t understood a single word but have still managed to enjoy it. Impressive show with over 600 performers on the largest stage (river and mountains) in the world, designed and directed by the same man who was responsible for the 2008 Beijing Olympics opening ceremony.

The location is one of the “stars” of the show. The backdrop is a specially light bathed karst mountains of Yangshou, the stage is the natural slow flowing part of the Li River, and the incredible lighting effects bring out, and even enhance this beautiful combination of the river and the surrounding misty mountains on the horizon. Some 600 stage players dance an hour play with great music before your eyes!

The show is beautiful, impressive, does tell a story. It was impossible for us to follow the storyline, mainly because I do not understand the Chinese language, but I enjoyed every minute of it. There were amazing set pieces, such as the fishermen crossing the lake, a young lady walking on the moon, and the mass of people at the end walking across the lake with illuminated costumes. And the singing was, well, sometimes difficult to appreciate. The parts I did not enjoy were the group singing, which was not melodious to my ears. However, it doesn’t really matter at the time that you can’t understand the story as it is a visual spectacular. None of that mattered – the sheer beauty of the visuals, the magical action taking place on the water, and the impact of having so many people all perfectly choreographed will leave you dumbstruck. Hard to take beautiful pictures unless you have a tripod, but still worth it. Although the overall performance was good, the light show left me a bit of disappointment, as I was expecting the surrounding hills to be used more throughout the performance.

We bought the second most expensive seats but I believe any of the seats would have been good. The best advice I can give is to understand that the cheapest seats do not have backs to them, which may be a problem for some. Also, they are lower- you still see the entire show, in fact you are closer to it- but what you miss are the reflections off of the water. I’d suggest the B1 or B2 seats if you can afford the extra few dollars. You get a better view and a nicer chair. 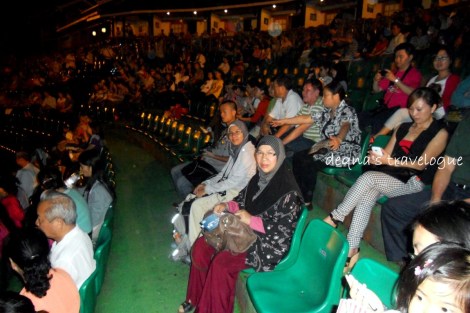 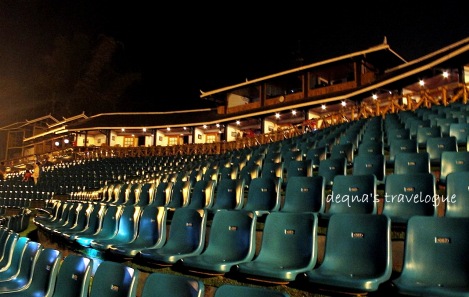 Be prepared for huge crowds as there are 2200 seats and they are sold out most nights.  It seems chaotic when you first get there but they are actually quite well organized, just go with the flow. Be warned that as most of the audience will be Chinese tourists there is a lot of chat and noise during the show, but being to few parts of China, I understood that the Chinese demonstrate their enjoyment of a show by continually talking through it and taking photos, so don’t expect a quiet audience experience! 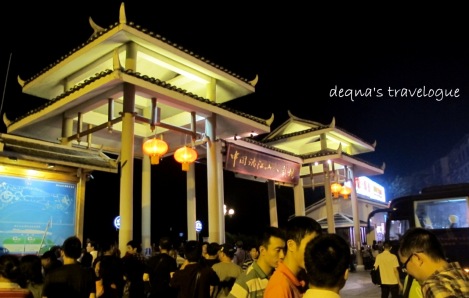 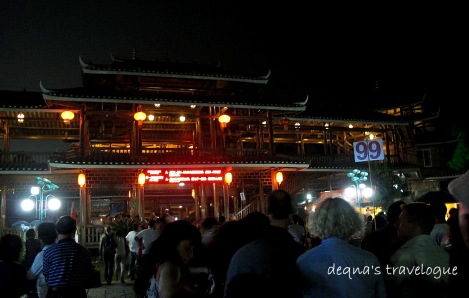 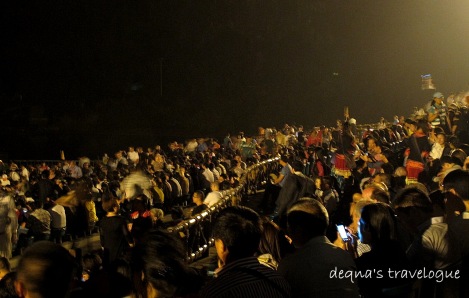 Watching the Impession of the Liu San Jie is a nice way to spend an evening in sleepy Yangshuo. 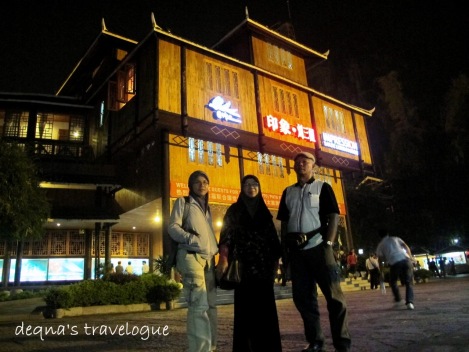